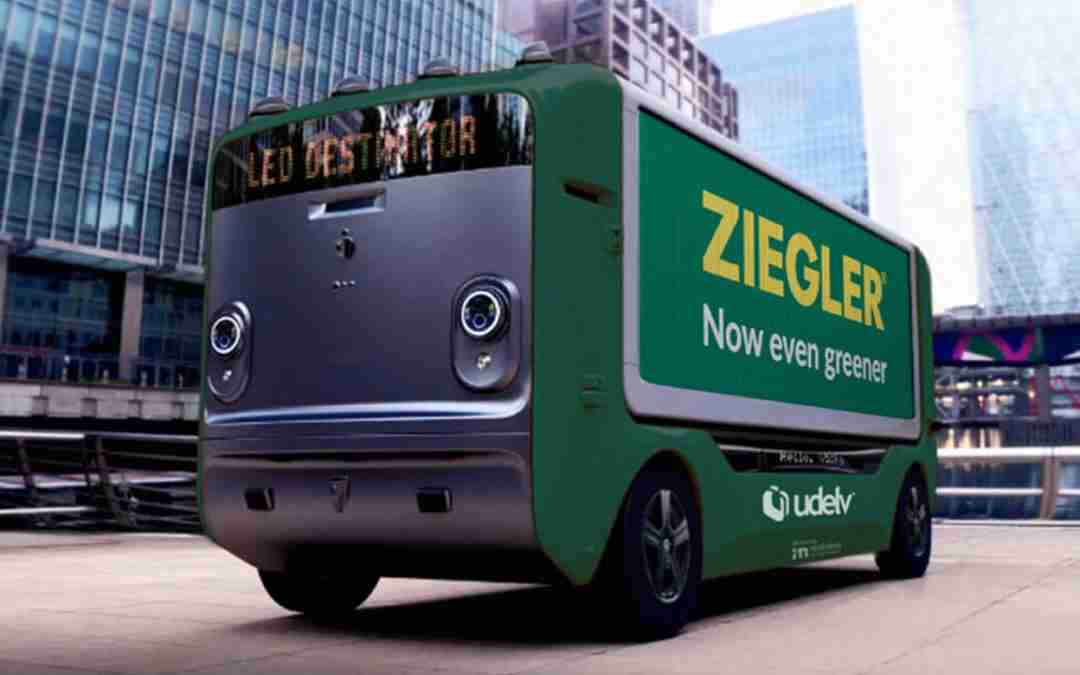 “This order signals Udelv’s continued ambition to export the Transporter and rapidly become a global provider of autonomous delivery services worldwide,” said Udelv CEO and Co-Founder Daniel Laury. “With a cab-less vehicle purpose-built for multi-stop last- and middle-mile delivery and Intel’s Mobileye partnership providing millions of kilometers of mapped roads in Europe and Asia, Udelv can deploy the Transporter beyond the borders of America. We are incredibly proud to be trusted by the Ziegler Group, a dynamic and eco-focused logistics company which has been operating for more than 100 years in Europe.”

Udelv is the world’s first company to produce middle- and last-mile electric cab-less autonomous delivery vehicles dedicated to multi-stop delivery. Featuring an entirely novel cargo robotics technology, Udelv’s Transporters are “driven by Intel’s Mobileye”. Since unveiling the Transporter concept earlier this year, Udelv has enjoyed a considerable amount of demand and the company has announced its plans to commercialize and deploy more than 50,000 Transporters between now and 2028, with commercial operations beginning in earnest in 2023.

Udelv’s customers expect Transporters to solve for two key challenges of commercial fleets: a massive shortage of drivers and electrification. Udelv’s Transporter dramatically improves the efficiency of last- and middle-mile delivery services for everything from electronics and auto parts to groceries and medical supplies.

“Ziegler Group has a very ambitious sustainability plan in place and has already announced several initiatives in that area,” said Diane Govaerts, Ziegler Group CEO. “Similar to our current project using human-powered Cargo Bikes to make deliveries in vehicle-restricted areas of Brussels, the Transporter – Udelv’s autonomous driving and electric, cab-less delivery vehicle – is another step in exploring new possibilities for less intrusive and more ecologically-friendly last-mile deliveries in crowded urban centers. This order is a major step towards building a sustainable fleet of commercial vehicles for Ziegler Group, will add great value to the bottom line of our customers, and align perfectly with our “Ziegler, now even greener” sustainability program. We are proud to partner with Udelv and to be the first major EU transportation company to deploy autonomous delivery vehicles on European roads.”

On a mission to improve people’s lives, road safety and sustainable delivery, Udelv is revolutionizing the logistics space with its cab-less electric delivery vehicles for last- and middle-mile delivery on public roads. Founded in California in 2017 by Daniel Laury and CTO Akshat Patel, Udelv successfully accomplished the first-ever autonomous delivery on public roads in 2018. Udelv has since completed over 20,000 deliveries for multiple merchants in California, Arizona, and Texas and is developing its next generation vehicle, the Transporter, based on the lessons learned from its vast field experience. Udelv’s cargo robotics technology will be capable of high volume delivery that are eco, business and customer-friendly. For more information, visit www.udelv.com.