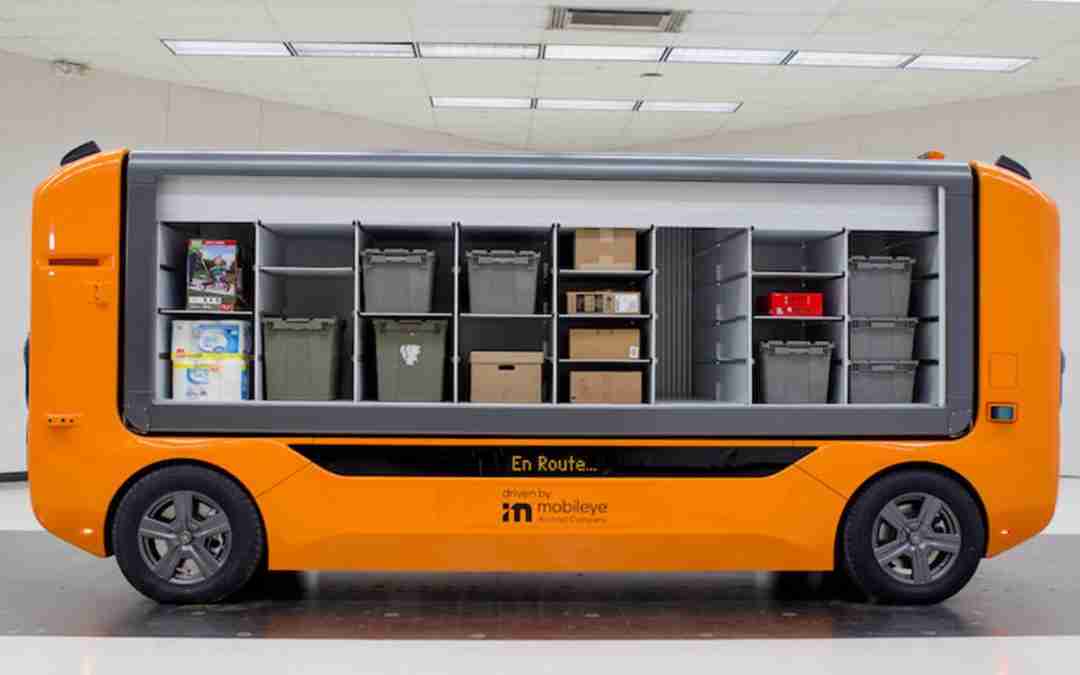 The company released a new video showing the first look at the Transporter.

The multi-stop electric delivery vehicle features a proprietary, self-contained, hot swappable modular cargo pod called the uPod. It can carry up to 2,000 pounds of goods, make up to 80 stops per cycle at highway speeds, cover ranges between 160 and 300 miles per run depending on the battery pack option and be operated by Udelv’s mobile apps to seamlessly schedule, deliver, track and retrieve packages.

“This is a historic day for the transportation and logistics industries,” said Daniel Laury, Udelv CEO and co-founder. “The Transporter is transformative for two of the world’s largest industries: automotive and logistics. It was created to solve two great challenges of commercial fleets: the shortage of drivers and the electrification of fleets.”

Udelv’s third-generation vehicle is the result of years of experimentation, client testing and hardcore mechanical, electrical and software engineering. In 2018, Udelv made its debut in California with the first-ever autonomous delivery on public roads. Since then, Udelv has completed over 20,000 deliveries for multiple merchants in California, Arizona and Texas. Udelv aims at having 50,000 units of the Transporter, driven by Mobileye, on public roads by 2028, with the first Transporters being commercially deployed in 2023.

The company has already garnered more than 1,000 reservations, including from US-based Donlen and Europe-based Planzer and Ziegler Group. The company was also awarded a prestigious contract from the US Air Force for a pilot program on Edwards Air Force Base in California.

“The Transporters will dramatically improve the efficiency and safety of last- and middle-mile delivery services and make deliveries affordable for everyone and everything from electronics and auto parts to groceries and medical supplies,” added Laury.

About Udelv On a mission to improve people’s lives, road safety and sustainable delivery, Udelv is revolutionizing the logistics space with its Transporter, the world’s first electric cab-less autonomous delivery van (ADV) dedicated to multi-stop last- and middle-mile delivery on public roads. Founded in California in 2017 by CEO Daniel Laury and CTO Akshat Patel, Udelv successfully accomplished the first-ever autonomous delivery on public roads in 2018. Udelv has since completed over 20,000 deliveries for multiple merchants in California, Arizona and Texas with two prior vehicle generations. The Transporter, its next generation vehicle, is the answer to the shortage of drivers worldwide and the sustainability of commercial fleets. Udelv’s focus on autonomous vehicles, paired with its uPod delivery technology, enable long-range and high-capacity deliveries that are eco, business and customer-friendly. For more information, visit www.udelv.com.