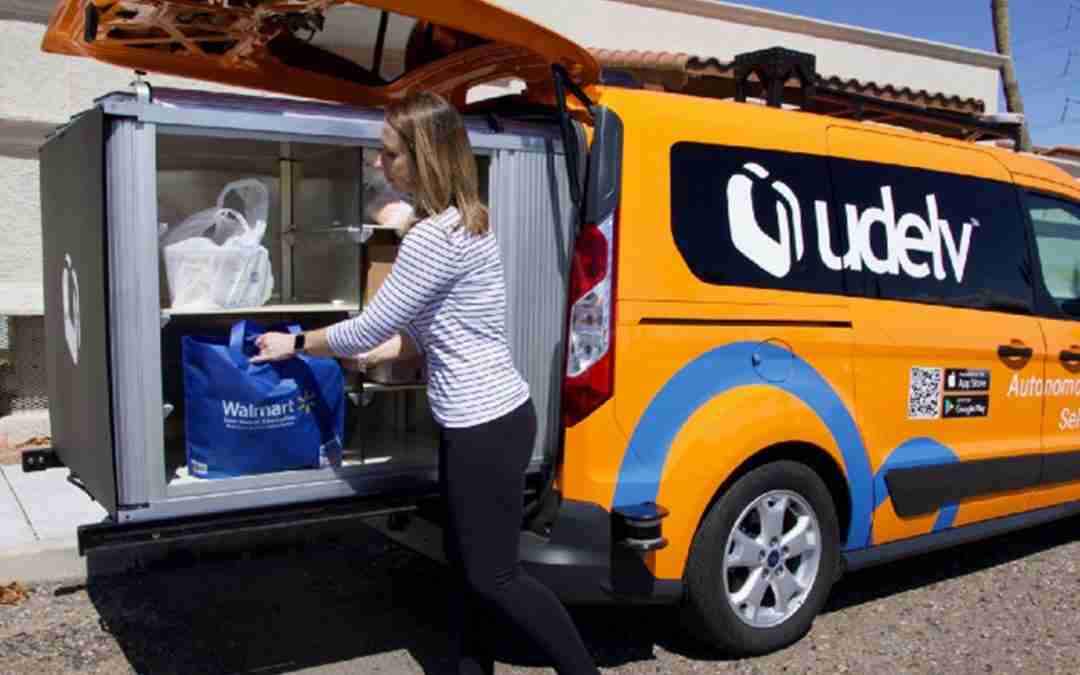 A mind shift has quietly occurred in the autonomous driving industry. Focused almost exclusively on passenger cars or robotaxis until 2019, major players have lately been turning their attention to delivery. Three weeks ago, in a comment that remained relatively unnoticed by the press, John Krafcik, Waymo’s CEO, told reporters that “driverless delivery likely has a better chance of catching on early versus passenger transportation”.

Retailers and shippers are on the lookout, as they stand to reap the fruits of removing drivers that could save them as much as $500 billion a year. And for us, online shoppers and consumers, life will be good, of course, as we stand to benefit from dirt cheap universal home delivery, faster service, and safer roads. Yes, autonomous delivery shall make our lives easier.

At Udelv, we predicted this 2 ½ years ago when we founded the company. Like most new modes of transportation, autonomous driving was likely going to start with delivery. It is not just safer to carry goods than humans, it is also far simpler.

Udelv pioneered the world’s first public road automated delivery in January 2018 when we delivered groceries from Draeger’s Market in San Mateo, CA to a couple of their customers. Our initial product was a “neighborhood electric vehicle” — call it an enhanced golf cart — with a system of “lockers on wheels”. It was designed to try various types of delivery at low speed in a limited geographical area and study how it might work.

We quickly learned about the limitations of a small electric vehicle. The slower speed, long charging time, limited range, and flexibility constraints of a “fixed locker on wheels” wouldn’t scale. So, with large retailers soon knocking at the door and eager to give it a try on faster roads with larger packages, we built a second version, the Newton, capable of driving at highway speeds and with up to 900 lbs. of payload of multiple dimensions.

Besides an existing chassis (it’s too early to create one from scratch), this complex product is comprised of two major elements: an autonomous driving technology, and the “delivery robotics”, which is a set of hardware (an adaptive cargo space to load and unload packages) and its associated cloud-based software (the back-end link that enables system components to communicate with each other and with merchants and consumers).

Early on, we determined that one element is inseparable from the other: without autonomy, one cannot remove the driver; and without the delivery robotics, an autonomous vehicle remains utterly useless.

Having put a significant emphasis on creating the first functional automated delivery vehicle, and with >6,000 automated deliveries under our belt, Udelv has gained a unique head start… while learning many lessons from our share of mistakes!

The next step is to focus on a use case that can lead to removing the safety driver faster, deliver a flawless user experience and shorten the time to market. An opportunity to do just that was provided to us by industries operating deliveries on fixed, repeatable, B2B routes.

One of our clients has tasked us to do a 22-mile loop, in the same direction, 9 times a day, with only two stops before returning to the starting point.

Over a 12-month period, this means 2,800 repeats of and 61,000 miles on the same loop. A textbook case scenario for an autonomous driving technology. Even more so if the loop is in a driver-friendly geography, with wide roads, little traffic, few pedestrians, and relatively fewer obstacles or surprises. Plus, the weather is good and driving times are known and constrained. 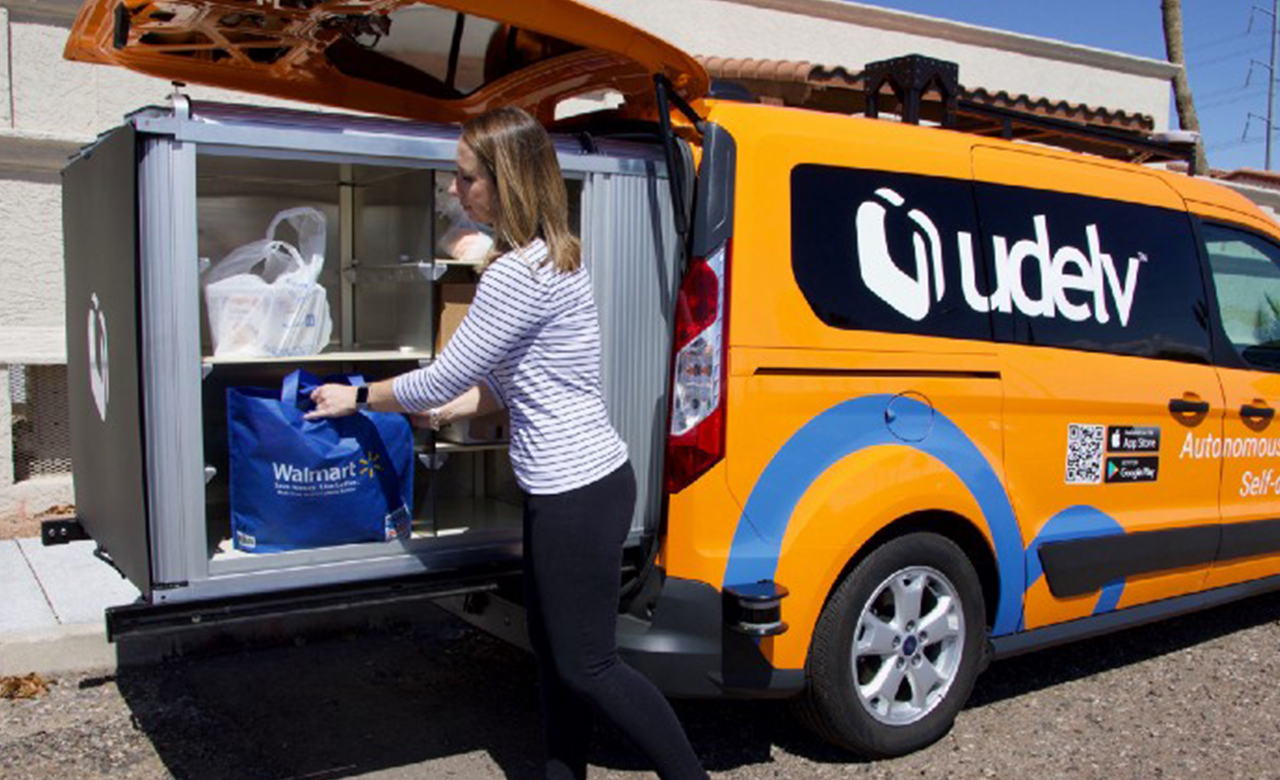 On the delivery robotics side, this means a cargo space that has the flexibility to accommodate multiple types of goods (in this case, with a relatively large standard deviation between small and large items), sort them by destinations (stops), allow for returning/transferring goods, optimize time to load and unload (barely a few minutes each loop) and offer the fleet management, maintenance, tracking, data collection and tele-operation cloud-based back-end to ensure the operation is available at all times with built-in redundancies.

Armed with its breadth of technology and experience, Udelv is providing this complex end-to-end solution and now ready to answer even more clients’ needs.

Delivery will be the first scalable self-driving car application.

Without a field-tested delivery and cloud robotics solution, an autonomous vehicle is useless.

With volume, a decline in production unit costs will attract new clients.

Data collected will provide the opportunity to create a low-cost third vehicle version and pass on the benefits of self-driving cars to all retailers and shippers.

Our lives will be made easier. The future is here.